Fun Facts From Our First Six Months in Costa Rica

Today marks our six-month anniversary of living in Costa Rica. There is a lot we could say about our time here so far but we’re going to lighten things up a bit and focus in this blog on the fun or interesting things we’ve learned.

We started researching our big move to Costa Rica a couple of years in advance. We read all of the books, guidebooks, moving books, retirement books, basically anything we could get our hands on about Costa Rica. We joined some online expat forums like ARCR and Expat Exchange and started following expat blogs to get a feel for what was in store. After all of this research, we had a very good idea of what to expect in terms of culture, climate, environment, cost of living, infrastructure, etc. But, of course, we’ve had many surprises along the way.

Sure you’ve seen a cockroach or spider in your hotel room but once you live here for a bit, you’ll really get to know the locals. Soon it becomes second nature to either kill or rescue whatever has crept into the house. We prefer the rescue method, except for cockroaches and some spiders. Most recently we had a tree frog in the toilet, a boa constrictor in the yard, a gigantic spider in the shower, and a dozen or so millipedes cruising around the living room—and that’s just in one week’s time. The message is: if you’re going to live in the rainforest, be ready for visitors. 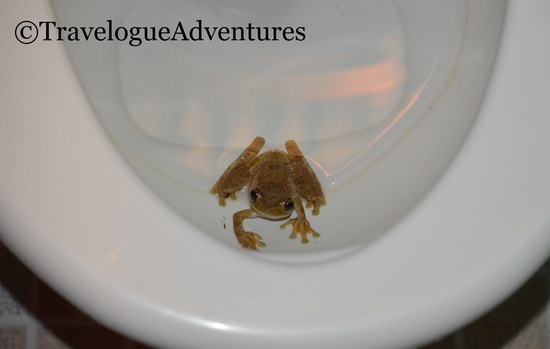 2. Cost of Living: It isn’t that much cheaper to live here

Groceries: Many of the things you’re probably used to buying are imported in Costa Rica. Cereal, specialty grains like arborio rice and couscous, cheese, etc. cost twice as much here because they are imported. Unless you have a very big budget, you’ll have to adapt to eating new things. Rice and beans, the Tico diet, is key, and fresh produce is a must. Produce is one thing that is actually cheaper—a lot cheaper—here. Don’t worry too much though. You can still make your favorite recipes; you just have to get creative when an ingredient isn’t available.

Utilities: Utilities are about the same as in the States, with the exception of cell phone service. Our electricity bill is about the same as it was in Boston, Internet is slightly less (but also less reliable), and cell phone service is a lot less, both for minutes and a data plan. Housing can be less expensive, it just depends. Like anywhere else in the world, the cost depends on where and how you want to live. Apartments in the mountains go for as low as $200 a month and houses in beach towns go for as high as $2,000 a month.

3. The carrots are delicious

Maybe it’s the perfect climate or maybe it’s the care with which they’re grown, but the carrots taste way better here than in the States. And so do the papayas and pineapples and even broccoli. Plus all produce, even the more exotic stuff, is significantly cheaper, notably so if you go to the local feria (farmer’s market). For those of you spending $30 a week on mediocre produce at Whole Foods, you’ll be in heaven in Costa Rica, especially when you buy three pineapples for two dollars.

4. It’s hard not to become a birder

We both liked birds before we moved to Costa Rica but we are slowly becoming obsessed. We now have a species list that is growing by the day and folders and folders of photos saved on the computer. We’ve even started a new tradition on our Facebook page called #FeatheredFriendFriday. 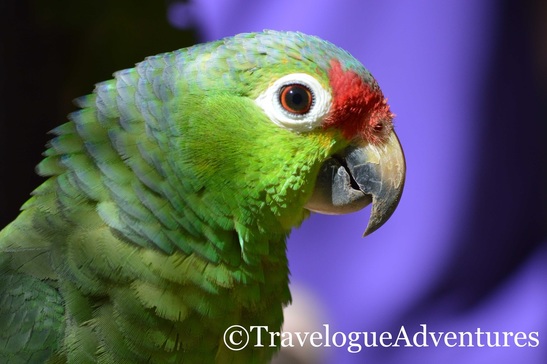 One of the most common questions we get is about Internet reliability. Unfortunately, there is no real answer since it can vary greatly depending on where you live. We’ve had outstanding cable Internet, very good wireless 3G, and slow-as-molasses 3G. If you’re living in a remote area, you’ll probably use a 3G data stick to connect, and depending on the placement of towers, it could be good or bad. New towers are going up fast though and 4G service is already in place for some areas.

Another problem is power outages. If you live in Costa Rica for a while, you’ll get used to them. Most of the time they are short, an hour or less, but sometimes they can be longer, sometimes days. On a recent trip to the grocery store, the power went out. All of the tourists were looking around like, “What now?” but the locals and expats just kept shopping. Five minutes later, it was back on like nothing happened. You just learn to deal with it.

We had heard about the high cost of cars in Costa Rica but until you experience the sticker shock for yourself, you don’t quite fathom it. If you live in a rural area in Costa Rica, you’ll probably want a car but know that it is going to cost you two to three times more than it should because of high import taxes. As a reality check, think about this: In the States we had a 2007 Civic Hybrid which we sold before we left for significantly less than we paid for our now 14-year old 2000 Chevy Tracker in Costa Rica.

This one might be about expectations but we had read a lot about “Tico time” and how getting one simple task done can take forever because the locals do everything a little bit slower. Sure we’ve had some experiences with Tico time, it took more than a week to get a small part for our car, but on the whole, things move at a decent pace. In general, the Costa Ricans work very hard and we’ve been surprised to find that some things happen faster here than in the States. The pharmacy, for example, can give vaccinations and perform basic medical treatments, and the gas station stocks basic car parts like headlights and often times will even change the part for you.

8. Almost everything comes in a carton or bag and portions make sense

We’ve become accustomed to drinking wine, juice, and milk out of a tiny square carton. Cleaning products like dish soap, bathroom cleaner, and laundry detergent all come in simple plastic pouches. It all makes perfect sense; why do you need a new dish soap bottle anyway? Food packaging is also different. They only give you what you need, no extra. A box of spaghetti (which comes in a bag, of course) is actually half the size of what we had back in the States. After all, how many open pasta boxes do you have in your cabinet right now?

9. Moisture can be a big problem

This is something that really wasn’t well covered in anything we had read. In the tropics obviously it rains a lot and unless you have excellent air flow, you’re going to get mold and mildew; it is inevitable. Anything made of leather, unless you use it a lot, is guaranteed to start growing the green (or white) stuff. A couple of our things that have fallen to the mold are Jenn’s Coach handbag, which is constantly getting vinegar treatments, and Matt’s leather belt, which permanently lives in a plastic baggy. We’ve found that the best thing to do is to make sure your home gets plenty of sunlight and to air things out as much as possible. For things you have packed away, your best bet is to contain them in airtight plastic bags with humidity absorbers.

10. The People are amazing

One of the big reasons we decided to make the move was because we had fallen in love with the Tico culture. People here are generally happier and it’s contagious. Maybe it’s the sun and palm trees or maybe it’s the way they are raised, we’re not sure. Of course, like everywhere else there are some bad seeds, but overall everyone we have met has been warm and kind. We’ve been fortunate enough to make some pretty great friends too. We’ve been invited to dinners, soccer games, car races, and the beach by Ticos. We’ve been taught local traditions but also learned that we are not all that different. Friends and family spend time together in similar ways and talk about similar things, just in a different tongue.

Overall we feel that we prepared ourselves well for life in Costa Rica. Our first six months has been a great success and we’re looking forward to our next milestone. We knew that we’d be giving up some common conveniences but replacing them with things that are just as, or more, important. We’re living healthier lives, with less processed foods, plenty of exercise, and less mental stress. We’re still working hard, but on things that we enjoy. Thanks to our family, friends, and all of our new online friends for your support. Cheers to another six months! 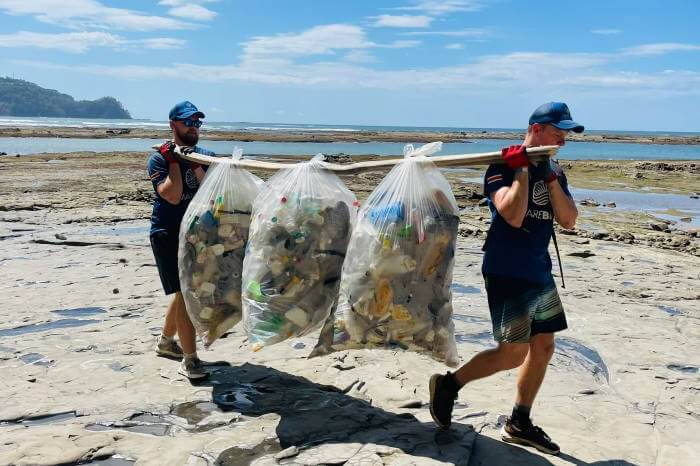 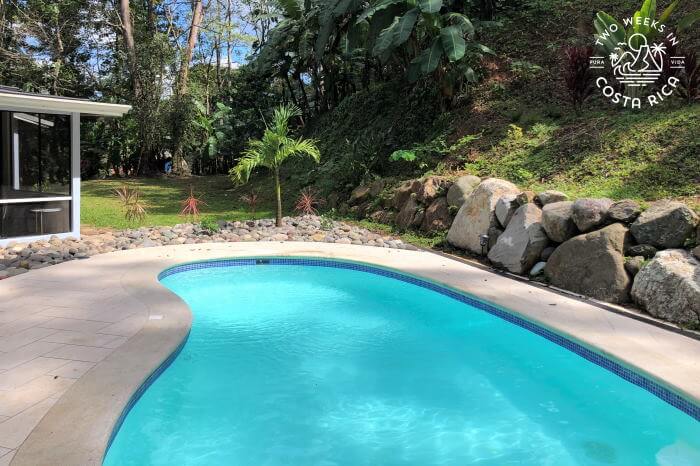