Buying a Car in Costa Rica

When we moved to Costa Rica this past July, one of our first priorities was to buy a car. We couldn’t wait to be cruising down the road, a warm breeze blowing our hair, on our way to hidden waterfalls and sleepy beaches. It all sounded so easy, just bring our own car from the United States or wait and buy one when we got here. We could handle that. We soon discovered, however, that like many things in Costa Rica, it wasn’t going to be that easy. 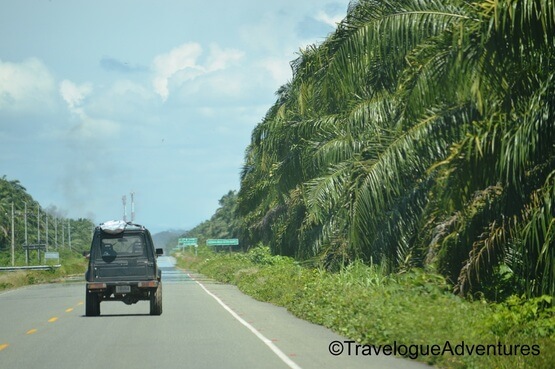 Option one, bringing our car, ended up not making sense because of import duties. When you ship a car to Costa Rica, the government taxes it a whopping 50-80% of the “retail value.” Retail value is determined by the Costa Rican government and is usually much higher than the Kelly Blue Book value. Since shipping also would be a huge hassle because of the customs process, we moved on to option two, waiting to buy until we arrived.

We knew cars are expensive in Costa Rica but prices proved to be even higher than we expected—so much so that the thought crossed our minds not to get a car at all. But after living car-less for over a month, we decided that we wouldn’t survive for long without one. Coming from Boston, we are all for public transportation but found out fast that riding the bus was not always practical. A simple trip to town to run errands would often turn into an all-day affair. Don’t get us wrong, if you live near one of the larger cities, buses are a lot easier because there are more routes. In more remote areas though, like the Southern Zone where we live now, buses are infrequent and there isn’t much within walking distance. With a little money in our pocket from the sale of our car back home and the frustration building, the hunt for some wheels was on.

Where to Look for a Car

In our extensive research, we had read some horror stories about unscrupulous used car dealerships. Not that they are all bad but some people have had bad experiences. Maybe the car had its odometer turned back or the vehicle identification number (VIN) on the body did not match the one on the frame or engine. Then there was the overwhelming thought of being taken advantage of because of the language barrier. Salespeople in the States were bad enough when we could understand them, but in Spanish, yikes! In addition, because we lived far from the capital, and most of the dealers, we couldn’t casually look around; the bus trip alone would take all day. We really wanted a local, private sale.

Being from the United States, our first inclination was to check, where else, but Craigslist. Listings on Craigslist were a little sparse though. It was clearly not the primary site to post cars, so I asked a few locals where they look. I got two different options: crautos.com and encuentra24.com. CR Autos had the most inventory by far. This website is used by a lot of the dealers in San José and Grecia and was our source to compare prices and models, in other words, to find out the going rate. Encuentra24 was also a good resource. This website is the classifieds’ page for one of Costa Rica’s larger newspapers and a lot of non-dealers post cars here. Lastly, we constantly had our eyes open. It’s not uncommon to see a “se vende” sign hanging in the window of a passing or parked car. We even waved down a few to ask the price.

What We Were Looking for

For us, a four-wheel drive SUV was essential. Many main roads in Costa Rica are nicely paved, but back roads, side streets, and driveways, like ours, can be treacherous and steep. Pair that with the unpredictable rainy season and its widespread flooding and we definitely wanted something high off the ground with good traction. Our modest budget had us looking for a compact SUV around model year 2000. That may sound old—it is old—but here in Costa Rica even a 13-year-old car is expensive. We also wanted something commonly found in Costa Rica for ease of parts availability. Lastly, we wanted something good on gas, preferably a four-cylinder or efficient diesel.

These criteria had us looking at only a handful of models: the Toyota RAV 4, Suzuki Vitara, Chevy Tracker, Daihatsu Terios, Hyundai Galloper, and Honda CRV.

How the Process Works

With our search narrowed, we needed to make sure we understood the process so that we’d be ready to buy when the time came. A good deal doesn’t last long as we found by emailing back and forth with a few owners. Again with some help from the locals and more research, we started to understand the process. Here’s how it works:

2) Make sure the Marchamo (registration & mandatory liability insurance) and Riteve (inspection) are current. Both stickers are located on the windshield. The Marchamo is paid annually between November 1 and December 31. The month that the Riteve is due coincides with the last number of the license plate, 1 is January and so on.

For more on the Riteve process, check out our post Riteve: Costa Rica’s Annual Vehicle Inspection.

3) Bring the car to a mechanic to get it checked out (one you choose). Cars in Costa Rica face very rough conditions so a thorough inspection is important.

4) Negotiate a price with the seller.

5) Complete the transaction with a notary public or lawyer (again, one you choose, who speaks your native language). A notary public/lawyer is required by law for valid title transfer. They write the bill of sale, search the government database to make sure there are no liens or fines on the car from the previous owner, and send the paperwork to San José to get you a new title.

How It Worked for Us

After about a month of looking but with very few options materializing in our local area, we decided that we needed to rent a car and drive somewhere with more options. Luckily an English-speaking mechanic was recommended to us in the nearby city of San Isidro Del General (Perez Zeledon). After a few phone conversations, we decided that he would be a great resource. He could check out a car before we purchased it and even offered to call around to see if anyone he knew was selling. San Isidro also was a good starting point for our on-the-ground search because it has a number of used car lots. And with more people driving around, we thought maybe we’d even get lucky with a private sale.

With the mobility of our rental car, we suddenly had a handful of prospects. The first option we considered was a 1998 Suzuki Sidekick, a slightly older model than we were hoping for but affordable. We test-drove it over to our trusty mechanic to get his opinion, but the concerned look on his face said it all. Many parts on the dashboard had been altered and he just didn’t seem to like it. He told us to return that car and come back to his shop.

When we returned, the mechanic had a similar car, a 2000 Chevy Tracker, in his lot. He explained that he had worked on this car for a friend and that it was in much better condition. We told him about a Toyota RAV4 we were considering at one of the dealerships, but he said that for steep hill climbs (like our driveway), he preferred the four-by-four system of the Tracker because of its low-range gear. We test-drove the Tracker and did notice a much smoother ride from the Sidekick. It was now late afternoon and we had to decide based on a ten-minute ride around town if we should buy this car today or come back in the morning for another exhausting day. We decided to trust our mechanic and go for it.

Now we needed an abogado (a lawyer). We had written down the names of a few in town who advertised that they spoke English but were unable to get in contact with any of them. With lawyer offices closing soon, we asked the mechanic for help, now putting our complete trust in him. He made some calls, then some more calls, sent a few text messages, and finally tracked down an available lawyer nearby. Within minutes, we were off. Our mechanic even came along too.

The process with the lawyer was simple. She spent about a half-hour searching the government database for information on the car and filled out paperwork while we sat and chatted with the mechanic and owner of the car. When she was finished with the bill of sale, she carefully explained it to us in English and answered our questions. We listened as she went through the title search, explained how the license plates stayed with the car when it changes owners, and how the annual Marchamo is calculated (based on the government-assigned value, not the sale price). We then signed the papers (all in Spanish) and handed over the money we’d been nervously carrying around all day to the seller. We were given a temporary document to hold while the official ones were processed in San José, told to come back in two weeks to get the papers, and handed the keys. In true Tico style, we all got into the car, mechanic and seller included, and dropped everyone off at their homes before riding off into the sunset.

Overall our car-buying experience in Costa Rica was filled with stress and anxiety. Not surprisingly, it was the locals who helped make the process somewhat bearable. Ticos don’t stress out about much and definitely wouldn’t lose sleep over the purchase of a car. We were extremely fortunate to get help from trustworthy people who were looking out for our best interests. Now that we have a set of wheels, we get to experience all of the other joys that come along with car ownership: maintenance, high gas prices, additional insurance, roadside hazards, and those crazy drivers who pass on curves. We’ll be sure to keep you posted as the wheels turn. 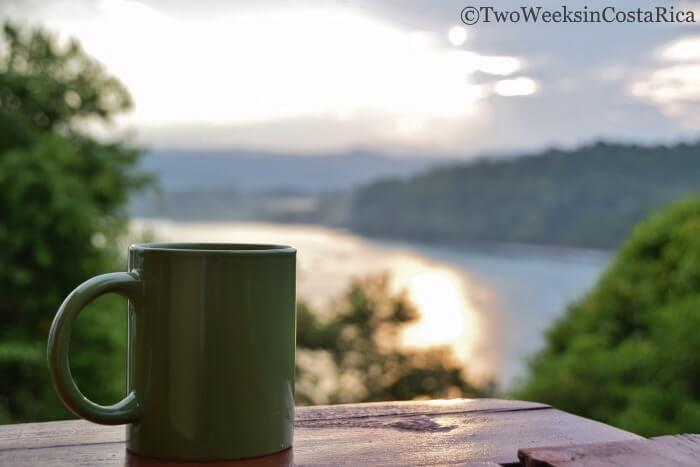 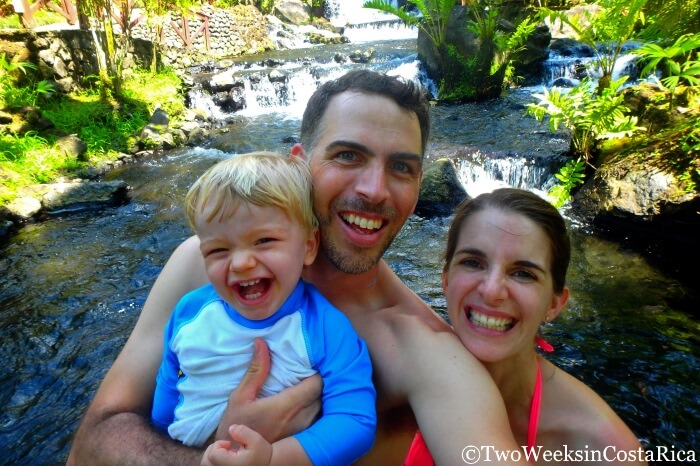 4 Years in Costa Rica: Settling Into the Every Day 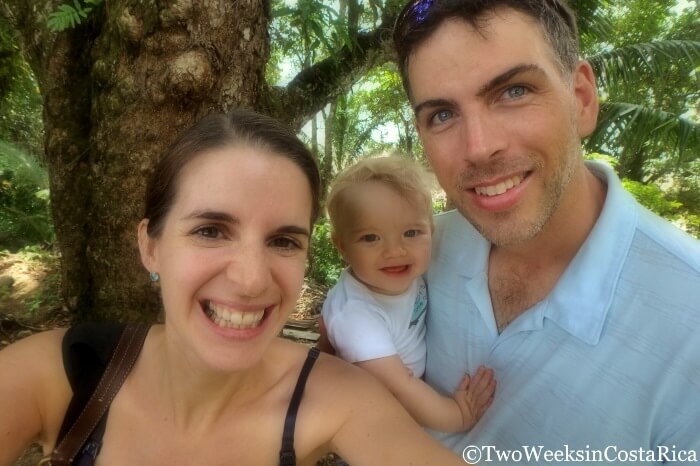 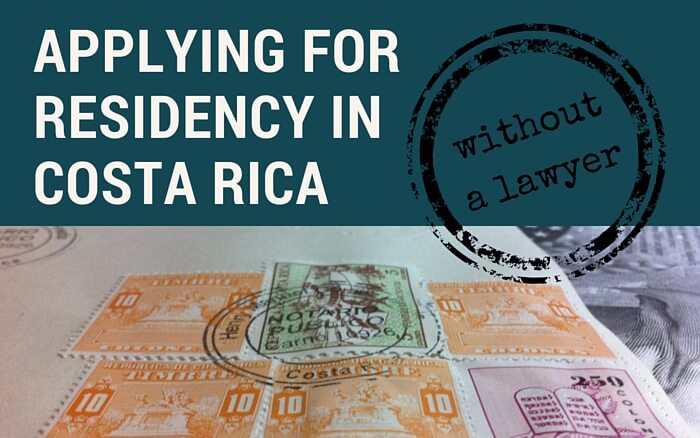 Applying for Residency in Costa Rica Without a Lawyer