When you think of beautiful beaches in Costa Rica, you probably think of the shell-filled Playa Conchal, the pristine Playa Flamingo, and maybe even Playa Punta Uva with its caramel-colored sand and lush jungle backdrop. One area that typically doesn’t come to mind is Jaco. But just a short drive from this bustling seaside town is a gorgeous white-sand beach called Playa Blanca (sometimes called Punta Leona) that is one of the prettiest we’ve seen in Costa Rica. Below is everything you need to know to plan your visit to this hidden gem. 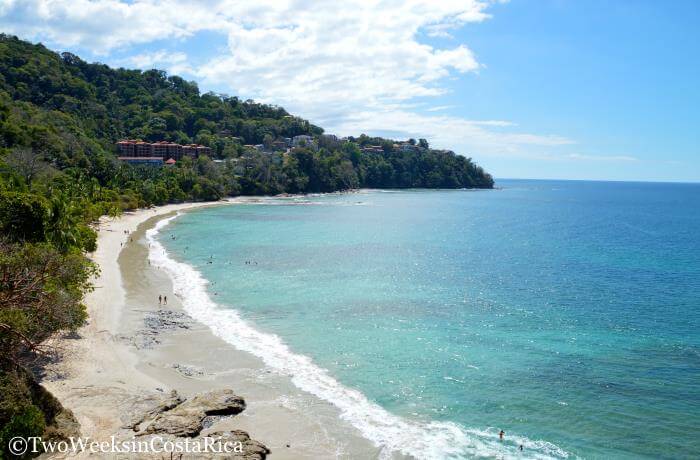 Playa Blanca is located just north of the town of Herradura on Costa Rica’s Central Pacific Coast. While just a 20 minute drive from the popular Playa Jaco, this beach is not well known among tourists. It is unmarked and many people think that you can access it only if you’re staying at the Punta Leona Hotel. This is not the case. Like all beaches in Costa Rica, Playa Blanca is open to the public. It is a bit hidden though so you do have to know how to get there.

From Jaco or Playa Herradura, head north along the Costanera highway. Just before the Punta Leona Hotel, you’ll take a left onto an unmarked dirt road right before a small restaurant called Soda Nimar. Drive about 10 minutes along this road, passing by fields and then through parts of the resort. Along the way, security guards will take down your license plate number. If they ask, just tell them you are going to Playa Mantas (the beach right next to Playa Blanca). Near the end of the road, you’ll reach a small parking area. A guard will tell you where to park and will watch your car for the day for 2,000 colones (about $4).

Tip: Arrive early to get a parking spot. Although this beach isn’t well known by tourists, it is a favorite spot among locals and public parking is very limited. Ticos from the surrounding towns and nearby San Jose often hit up this beach for holidays and weekends. Sunday is typically the busiest beach day, followed by Saturday, so visit during the week if you can.

The first beach you’ll come to from the parking area is the gray sand Playa Mantas. This picturesque cove is also a nice place to spend the day if you can’t climb the rocks to get over to Playa Blanca. Playa Mantas is a calm cove so good for swimming and has lots of tall palms and thick shrubbery for shade.

For those wanting to experience Playa Blanca, you’ll have to walk a few minutes south to a point. Playa Blanca lies just on the other side of the point and the only way to get to it, unless you’re staying at Punta Leona Hotel, is on foot.

There are a couple of different ways to cross. At lower tides, you can climb the rocks on the far end of the point. This is the easiest way as the rocks are fairly flat. At higher tides, you’ll have to maneuver up a steeper embankment closer to the mainland. At the time of our visit, people had propped up a log to make the ascent a little easier, but it was still difficult to get up and down. Access it the other way at low tide if you can.

Once you make to the other side, you’ll be well rewarded. With fluffy white sand, clear turquoise water, lofty palm trees, and even Scarlet Macaw parrots flying overhead, Playa Blanca is the epitome of tropical paradise. For us, it is the most beautiful beach we have found along this stretch of the Pacific Coast. 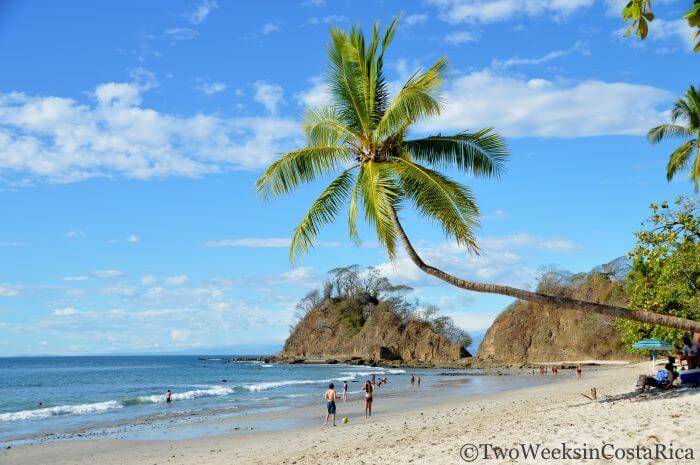 As the beach is a bit of work to get to, plan to spend at least a few hours if not the whole day. Bring along snorkel equipment if you have it for some casual snorkeling along the reef and rocks just offshore. Also be sure to carry whatever food and drink you’ll need for the day as there are no restaurants or amenities for the public. 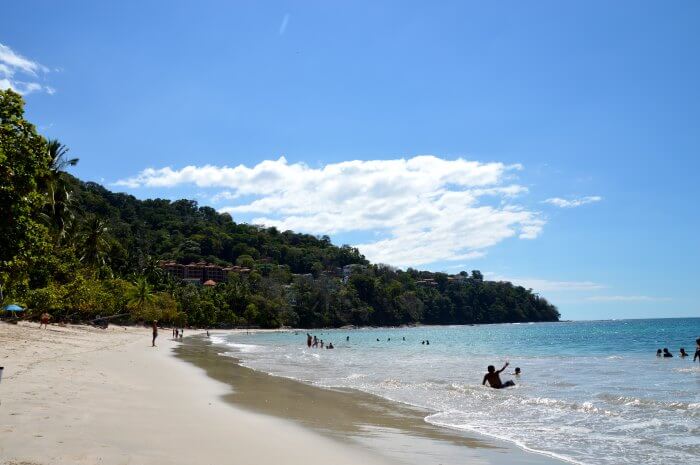 We were thrilled to discover Playa Blanca during our recent stay in the Jaco area. This part of the country has mostly gray sand beaches and it can be difficult to find calm water for swimming, but Playa Blanca, with its pristine white sand and alluring water, was a welcome oasis.

What’s your favorite beach? Let us know in the comments below. 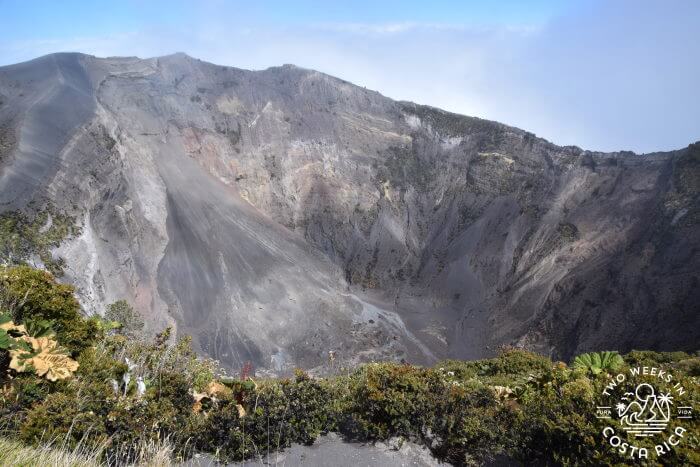 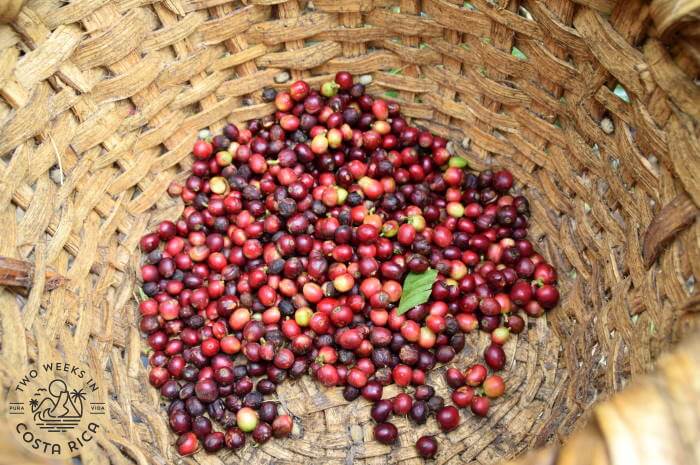 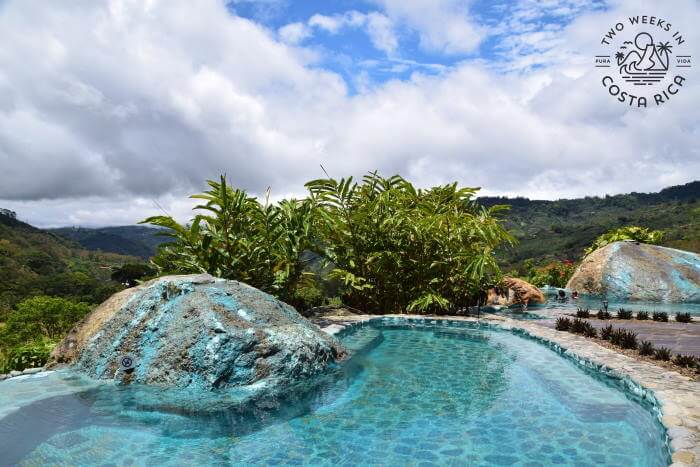