Drive north from the busy beach towns of Guanacaste and you will find a quiet countryside of fields and shrubby forest. Although this lazy landscape may not seem to offer much to travelers, it’s also where you will find Santa Rosa National Park. Not only does this park hold a massive amount of protected tropical dry forest, it also hosts the site of Costa Rica’s most famous historic battle. In this post, we’ll share some of the history behind Santa Rosa National Park and let you know how you can explore its hiking trails, on-site museum, and more remote areas. 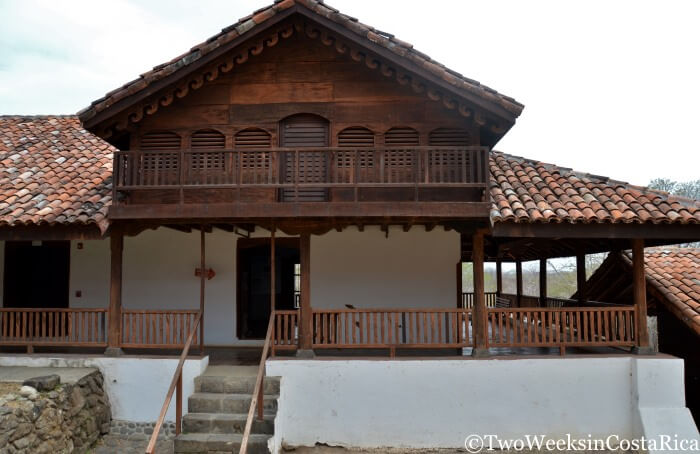 Santa Rosa National Park is located 35 km (22 miles) north of Guanacaste’s capital city of Liberia. With a hefty landmass totaling 38,000 hectares (94,000 acres), Santa Rosa has the distinction of being the largest remaining swath of protected tropical dry forest in the Neotropics. The park is also noteworthy for being designated Costa Rica’s first official national park in 1972.

While much of the land at Santa Rosa is considered dry forest, meaning that most trees lose their leaves in the dry season, the park stretches from Highway 1 all the way to the Pacific Coast. Within this area are several other habitats, including oak forests, beaches, swamps, and mangroves.

Santa Rosa National Park is probably best known for the Battle of Santa Rosa, which took place at La Casona, an old ranch house that is part of the park. In addition to the historic aspect, the park also has several different trails if you are up for some hiking. Many are accessible only with a sturdy 4×4, though, so before you go, read below for more info.

Which areas of the park you can explore really depends on the type of vehicle you have and how much time you plan to spend. Below we’ll start with the easiest area to access and continue to the most difficult.

Note that Santa Rosa National Park has two different sectors. In this post, we’ll cover the most visited sector, Santa Rosa. The other is the Murcielago Sector farther to the north.

The Battle Site and Ranger Station

The most accessible area of Santa Rosa National Park is right around the Santa Rosa Sector Ranger Station. While this spot is 7 km (4.3 miles) from the highway, it is down a nicely paved road that any car can drive. The road is actually quite nice with trees all around, and you’ll likely see some wildlife on the way. We saw a coati (raccoon-like animal) and several species of birds, including the Magpie Jay and Capped Flycatcher. There is also a nice lookout on the right called Mirador Tierras Emergidas, which is worth a stop.

Once you arrive at the ranger station and pay the admission fee ($15), you will be able to access La Casona (the house where the battle of Santa Rosa took place), a monument and lookout right behind the house, and also a trail called Sendero Indio Desnudo. (More on each of these attractions below.)

La Casona: If you are a history buff, you will love La Casona (see cover photo, above). This building was the site of the famous 1856 battle of Santa Rosa where a Costa Rican army blindsided a resting militia and sent them retreating back to Nicaragua. The intruders were under the orders of William Walker, a power-hungry lawyer and doctor from the United States who had plans to take over five Central American countries, including Costa Rica. The building’s rooms have been turned into a museum, and while there aren’t many artifacts, there are detailed displays in English and Spanish that talk about the timeline of events and people involved. There is also an art gallery with beautiful nature photographs taken within the park.

Monument: Behind La Casona are a series of steps with monuments in between stating the names of those who have fought in Costa Rica’s biggest battles (two other major ones happened at Santa Rosa, as the museum explains). The steep steps go up to a nice viewpoint where you can see a distant volcanic mountain range to the east.

Sendero Indio Desnudo (Naked Indian Trail): This is a short trail (0.8 km/0.5 miles) that was just rebuilt in April 2016 to become handicap accessible. The flat concrete path goes through an area of dry forest, over a stream bed (dry when we visited in April), and ends at the paved road that you drove in on. There are signs indicating several tree species native to the dry forest, including the Indio Desnudo (Naked Indian). This tree has bark that frequently peels off, hence the name. The trail also has some resting benches along the way and restrooms near the entrance. Besides the different trees, we didn’t see much here other than a variegated squirrel, but we walked it during the hottest part of the day (nearing 100˚F). We talked to someone else who had seen an anteater earlier in the day when it was much cooler.

Tip: If don’t have a 4×4 and are not interested in the history of the battle, we would say that visiting this section alone probably isn’t worth the drive and $15 admission. Without a 4×4, Rincon de La Vieja National Park would be a better choice for hiking and wildlife.

To access more of the park, you need a good 4×4 vehicle or be willing to hike in because the remaining trails are down a very rough road with serious rocks and ruts. The road is 12 km (7.5 miles) long and eventually leads to the coast, but there are different trails spaced out along the route. By our account, it would take most of the day to drive the entire road in both directions (it’s that bad), so you would be better off staying at the campground near the beach if you plan to go all the way.

Click here to see a map of the park.

Trails Reachable in a Half-Day

We drove the rough road from the ranger station for about 1.5 hours each way and accessed both Los Patos Trail and the Mirador Valle Naranjo Trail. If you have a good part of the day before or after visiting the battle site area and are willing to drive the treacherous road, these two trails are your best option.

Sendero Los Patos: About 1.5 km (0.9 miles) down the access road, you will come to Sendero Los Patos (the Ducks Trail) on the left. This trail goes 1 km (0.6 miles) each way and is fairly flat, other than some uneven rocks to cross near a seasonal riverbed. There is a nice lookout at the end where you have a view of the valley below and ocean in the distance. We saw a cool type of cactus growing up in the trees here and there were lots of hummingbirds buzzing around.

Mirador Valle Naranjo Trail: Continuing on the bumpy access road, you will come to another short trail at about the kilometer 4 mark. The Mirador Valle Naranjo (Orange Valley Lookout) Trail is 0.6 km (0.4 miles) in each direction and dead-ends at the viewpoint. Here, you’ll get a sweeping valley view with Playa Naranjo (Orange Beach) and the famous Witch’s Rock in the distance. Witch’s Rock is one of Costa Rica’s best surfing spots, and the big rock is a local icon. On this short trail, we saw a white-faced monkey and had two good bird sightings, a Squirrel Cuckoo and a Black-headed Trogon.

Rental Car Tip: We had a 4×4 Hyundai Tuscon from Adobe Rent a Car (click here to get a discount), which was handling the road okay, but it was very slow going and somewhat stressful. A Suzuki Jimny or Bego, which are both smaller and have a shorter wheel base, would probably get over the larger rocks a little easier. Note: We would not recommend taking this road at all during the rainy season.

Trails Reachable in a Full Day or More

For those who have the right vehicle and are up for some adventure, there are several more sights to see. We turned around at the Mirador Valle Naranjo Trail, but here is what we know about the other trails if you have a full day or more to spend at the park.

Sendero Palo Seco: This is actually a road that connects to the biological station near Playa Nancite. This beach an important nesting site for olive ridley sea turtles, so access here is restricted.

Sendero Carbonal: The ranger made it seem like no big deal to get here, so our original goal was to hike this trail that goes through some lower areas, including mangroves. However, the trail starts near the end of the 12 km road, close to the beach, and since it was such slow going, it would have taken us most of the day to get there and back. We weren’t going to do that with our four-month-old baby so we decided to save this for another visit. This trail goes 4 km (2.5 miles) in each direction, and we were told that it should be a good spot for wildlife viewing during the dry season.

Sendero Aceituno: Sendero Aceituno (Olive Trail) starts near the park’s Naranjo campground and is how surfers get to Playa Naranjo and Witch’s Rock. We were told that you have to cross a lagoon/river that has crocodiles to do this.

Santa Rosa wasn’t our favorite national park in Costa Rica since we spent much more time driving the access road than we expected, and as a result, didn’t see much wildlife. Still, we really enjoyed the battle-site museum and the few short trails that we did manage to access. Now that we know the setup, we’ll be prepared next time and hope that you are too.

Have you visited Santa Rosa National Park? What did you see? Did you venture down that rough dirt road? Let us know in the comments below (Email subscribers click here to post your comment online).

Looking for more information for your trip to Guanacaste? Check out these posts: 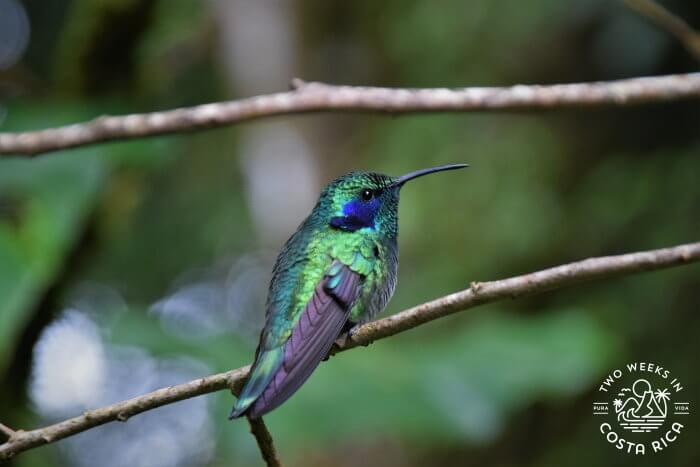