Costa Rica is said to hold as much as five percent of the world’s total biodiversity. For such a small country, that means that around every corner you can see dozens of unique plants and animals. Imagine now, a meticulously planted botanical garden with vegetation not only from Costa Rica, but around the world. The Wilson Botanical Garden near San Vito is just that. We recently made a visit to this internationally recognized garden, and in this post, give all the details to plan your own trip. 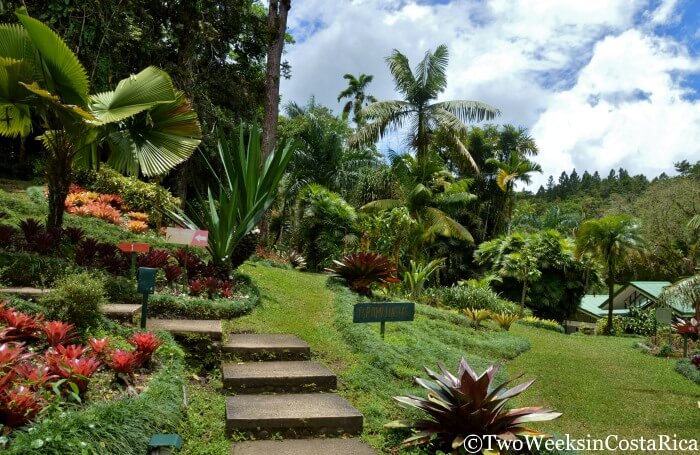 History of the Garden

The Wilson Botanical Garden was first established by Robert and Catherine Wilson in the early 1960s. The couple moved to southern Costa Rica in 1962 from Miami, Florida where they operated a tropical nursery. Upon their arrival, the property where the gardens are now, near San Vito, was nothing but abandoned coffee fields and cattle pasture. Along with their plans to cultivate tropical plants, the two originally had hopes to start a tea farm. The effort and cost to process the tea leaves, however, soon thwarted that idea. Instead, using their skills in horticulture and the design knowledge of a friend (famous Brazilian architect Roberto Burle Marx), an impressive tropical garden began to take shape.

In 1973, the Wilsons sold the property to the Organization for Tropical Studies (OTS) and remained on as managers for a number of years. The OTS is a non-profit consortium of research institutions and universities. Its mission is to provide leadership in education, research, and the responsible use of natural resources in the tropics. In addition to the 25 acres (10 hectares) that make up the Wilson Botanical Garden, over the years OTS acquired more land that borders the property. They now own about 806 acres (326 hectares), which, including the Wilson Botanical Garden, make up Las Cruces Biological Station.

As the Wilsons aged, the OTS became more involved with the gardens but kept the Wilson name to honor of their efforts. The couple is buried on the property outside their former home. Today, the home is used to house research students who share the same enthusiasm for horticulture as the couple once did.

The main attractions for visitors to the Wilson Botanical Garden are the elaborate plant collections. Over 3,000 different species of exotic plants can be seen through a network of meandering garden paths and trails. Additional forested trails bring you through farther reaching sections of Las Cruces Biological Station. We’ll talk about both below.

The elaborate gardens are broken up into sections. Each features a different genus of plant with some crossover and additional species, like large trees, mixed in. Mostly, though, you will find areas of similar plants and see various plaques or tags identifying their scientific names. In the past, the gardens have been used mainly for scientific research so aesthetics wasn’t the priority. Recently, though, a new director has been initiating changes to make the gardens more appealing to everyday visitors. Flowering species are being added to areas that previously held only leafy vegetation, and a new hummingbird garden has been constructed. The hummingbird garden is built in a Japanese style, and while still in the early stages of growth, is quite beautiful already.

Those walking through the gardens will pass through the following sections. Click here to see a map.

The Wilson Botanical Garden has the second largest collection of palm trees in the world with 700 species.

Common as houseplants (e.g., prayer plant), this genus is known for low-growing lush and colorful leaves.

Bananas aren’t always yellow. Some of the species in the gardens have beautiful reddish fruits or elaborate flowers.

Sometimes referred to as parrot flowers or lobster claws, these plants have interesting shaped flowers that allow only certain hummingbirds with curved beaks (like the green or brown hermit) to eat their nectar.

A common genus to Africa. Also a popular houseplant.

There is a massive section of bamboo with 63 different species. Fifteen of the species are indigenous.

Many of the ginger species have beautiful flowers. Our favorite is the beehive ginger, which has a waxy looking sort of honeycomb flower that is yellow, red, or a mixture of both.

Occasionally referred to as philodendrons, these plants have interesting flower parts. Something called a spadix (picture a narrow corn cob) is usually centered on a spathe (leafy part of the flower).

This section of the garden, adjacent to the Wilson’s former home and grave site, has some mature conifer trees with nice beds of rhododendrons and bulbs beneath. There is also a picnic area and benches to take a rest.

Sometimes mistaken for palm or fern species, cycads are ancient, slow growing seed plants with woody trunks and evergreen leaves. Though not as common these days, during the Jurassic Period, these plants were some of the most prolific.

Bromeliad Hill, where the Wilsons are buried, is one of the more manicured areas of the property. A signature design method of Architect Roberto Burle Marx can also be found here. Look for the ruffled fan palm (Lacuala grandis) planted beside an imperial bromeliad (Vriesea imperialis).

In addition to the garden paths, Las Cruces Biological Station has seven trails that stretch over 12 km (7.5 miles). Trails range in difficulty from easy to hard and cover a range of distances from only 0.5 km (0.3 miles) to 3.1 km (2 miles). Be sure to ask for a map of the forest trails, which has a lot of detailed info about the specific conditions.

Close to 200 hectares (494 acres) of the property are classified as primary (virgin) forest so the landscape is quite different than that of the gardens. Here, you’ll find towering canopy trees and understory vegetation native to Costa Rica. There is also ample opportunity to view wildlife. Almost 300 species of birds and 3,000 species of butterflies and moths have been identified!

On our visit, we took the very short Rio Java Trail to the canopy tower to do some birdwatching. We then backtracked into the gardens and cut through the bamboo grove to connect with the Jungle Trail. The shorter section of the Jungle Trail returned us to the botanical gardens for a total hike of about 40 minutes (going slow). This hike was easy to moderate with some slippery areas to traverse. The Jungle Trail also loops around another way, which would make the hike about an hour longer.

The Canopy Tower was probably the highlight of our hike since from the top you have an outstanding view of the forest and mountains. This tower is 15 meters (49 feet) and has vegetation of various heights surrounding it, which is great for birdwatching. We spotted a Blue-Gray Tanager and some Green Honeycreepers during our brief visit.

On the Jungle Trail, we also saw a group of Crested Guans posing on a branch. We didn’t see much for mammals on our short hike, but did see several agouti (small rodents about the size of a rabbit) along the garden paths.

Guided tours include garden walks, hiking, birdwatching, night walks, and more customized tours. Individual or group rates are available. All are by reservation only. Email: nat-hist@ots.ac.cr or call (506) 2524-0629.

From the main intersection in San Vito, take Route 237 toward Ciudad Neily for 6 km (3.7 miles). The entrance will be on the right.

Las Cruces Biological Station has a total of 12 cabins. Rates start at around $95/per person and include meals and one tour (discount for children and additional people).

Another option nearby, which we really enjoyed, is Cascata del Bosco. This small hotel has four uniquely round cabins that are beautifully decorated and cozy. The cabins look out to the forest for some good birding opportunities, and you can also explore the private trails. The restaurant on-site has amazing wood-fired food.

If you are visiting southern Costa Rica and are a plant enthusiast, don’t miss an opportunity to visit the impressive collections at the Wilson Botanical Garden. In addition, the surrounding area is beautiful and the town of San Vito is very welcoming to tourists.

Looking for more information to plan your visit to Costa Rica’s Southern Zone? Check out these posts: 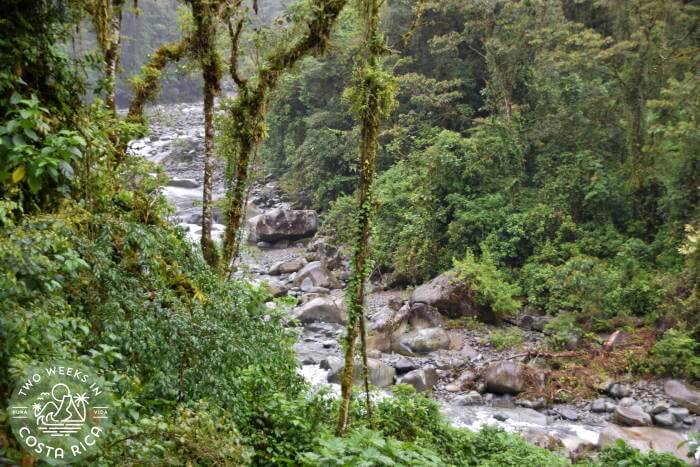 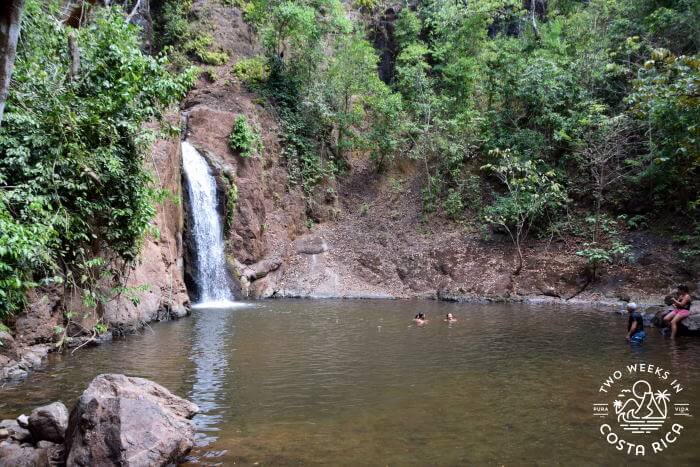 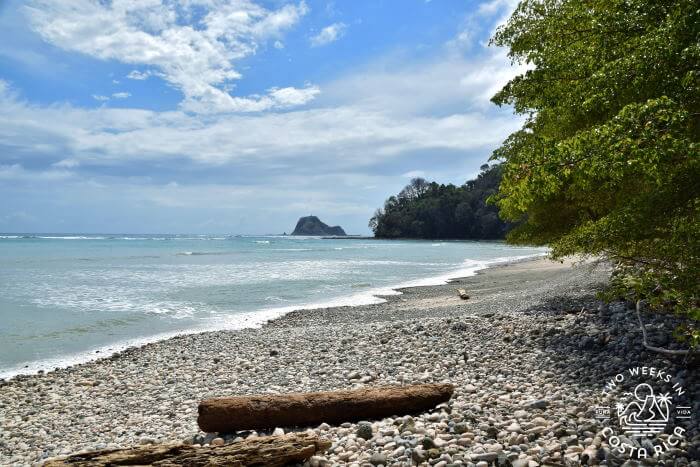 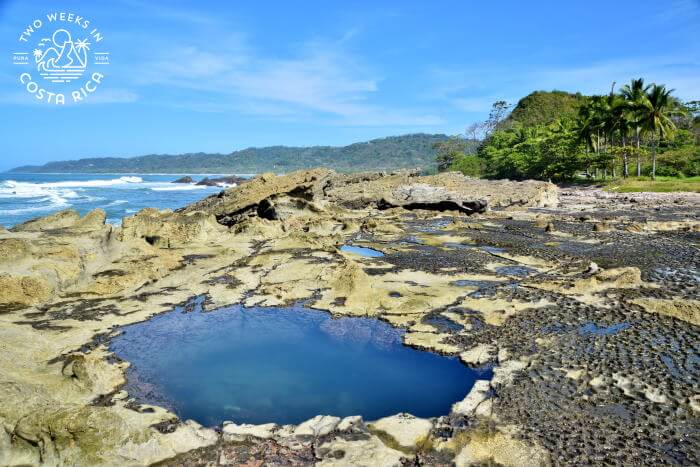