Costa Rica is a nature enthusiast’s dream come true. Packed into this small, yet geographically diverse, country are an astounding twelve different life zones. From rainforest, where you can see monkeys, sloths, and countless types of birds, to higher altitude cloud forest, where you can find the rare Resplendent Quetzal bird, poisonous dart frogs, and even elusive pumas, Costa Rica abounds with wildlife. With 500,000+ species in total, the country has about five percent of the world’s biodiversity, though it takes up a mere 0.03 percent of its space. Facts like this make it no surprise that National Geographic named the Southern Zone “one of the most biologically diverse regions on earth.” Here is a small sampling of the stunning wildlife we’ve seen in Costa Rica.

Three-toed sloths are common in Costa Rica. You can easily find them in Manuel Antonio National Park, Corcovado, Tortuguero, and Cahuita National Park (they are particularly plentiful in Cahuita). See the green tinge in its coat? That’s caused by algae, which grows in the hollow hairs of this extremely slow-moving creature.

White-faced capuchin monkeys are also easy to spot in Costa Rica’s many protected areas and are usually quite social. The capuchins in Manuel Antonio National Park are more than a little friendly, even seeming to pose for the camera at times. In more remote areas, these monkeys are less accustomed to seeing humans and often become territorial if you encroach on their space. We’ve had a couple of encounters with some angry capuchins that sent us running!

The Scarlet Macaw is undoubtedly one of Costa Rica’s most beautiful birds. Though the population isn’t what it once was because of habitat loss and the illegal pet trade, two large groups still exist. Look for these noisy birds in the almond trees of the Osa Peninsula and in Carara.

The eyelash pitviper is one of Costa Rica’s most dangerous snakes. As the name pitviper implies, this snake uses its long fangs on its upper jaw to inject prey with venom. Luckily this bright yellow variety was hard to miss, and we stayed clear.

The best way to spot wildlife in Costa Rica is to move slowly and quietly. Keep your eyes and ears open, and look high in the canopy of the trees and low in the brush. If you do see an animal, stay for a while to observe it. We’ve found that animals often congregate; you never know when something even more amazing might be right around the corner.

What is the most impressive animal you’ve seen on a trip? Let us know below! 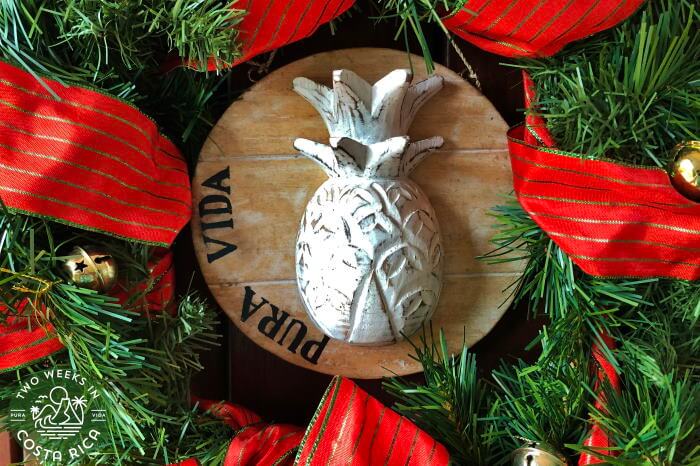 10 Gifts for the Costa Rica Lover