Set on the jungle-rich slopes of the Turrialba Volcano is one of Costa Rica’s most important archaeological sites, the Guayabo National Monument. Thought to have been first inhabited more than 3,000 years ago, these historic ruins make up the largest pre-Columbian city ever discovered in Costa Rica. This ancient civilization is even believed to have been home to nearly 10,000 people during its prime around AD 800. Whether you’re planning to see this historic sight on a day trip from San José or are staying in the nearby city of Turrialba, this post will give you everything you need to plan your visit. 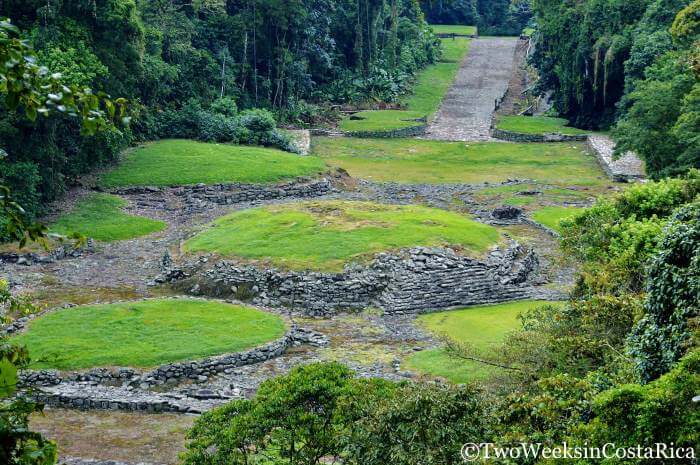 The History of Guayabo National Monument

When a professor from Costa Rica’s National Museum examined Guayabo’s first artifacts in the late 1800s, he thought that the site was little more than an ancient cemetery. It would take almost another 100 years for Guayabo’s true archaeological significance to unfold. That discovery was made in 1968 by Carlos Aguilar Piedra, an archeologist from the University of Costa Rica. He stumbled upon some stone foundations among the thick jungle and began to selectively clear and excavate. The magnitude of the site was soon realized, as 43 stone foundations, three aqueducts, two major roadways, dozens of smaller paths, and some stone tombs were unearthed.

These remains were determined to be from an ancient civilization that inhabited the region from 1000 BC until AD 1400. The findings revealed a lost culture with advanced development in civil engineering, architecture, and urbanism. Unlike other pre-Columbian cities and cultures that were documented by early explorers, no record of this group was ever mentioned in journals, and the reason for its demise is still unknown.

Although not as grand as other well-known archeological sites in the Americas like Machu Picchu in Peru, Guayabo is still impressive in its own right, especially since so little is known about Costa Rica’s pre-Columbian past.

Along Guayabo National Monument’s nicely maintained trails, you’ll come to several archeological attractions. Be forewarned that the trails are sectioned off from the artifacts with railings so you can only see things from afar, but you can still get a decent look. Here are some of the most prominent features:

A Series of Stone Foundations and Steps

These served as the foundations for homes and other buildings (ruins pictured above). Although all that remains today are the stones, it is believed that sheltered structures were constructed on top of these platforms using wooden posts and thatched roofs. A model of the thatched roof buildings has been recreated near the ranger station to give you an idea of what they might have looked like. 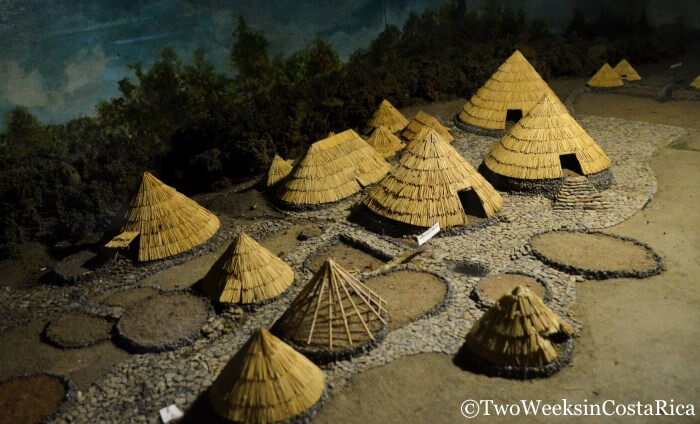 These paved avenues connected the main areas and buildings. They’re pitched and elevated for drainage, which was important for such a wet area, and show that the people were skilled in engineering and urban planning. Aerial analysis shows that some of the roadways stretch up to 70 km (44 miles), though much of them remain hidden by jungle. A viewpoint off the Los Montículos trail lets you see how the road connected to the structures, and is the best way to see how the site all ties together (see cover photo above).

A system of open and closed aqueducts, including storage tanks, can be observed along the trail. Some of these waterways are still functioning today and bubbling with clean spring water. Interestingly, analysis shows that the ancient people who inhabited Guayabo chose the site carefully because of its clean water source. The fact that some of these systems are still working today further demonstrates how skilled the people of Guayabo were in engineering. 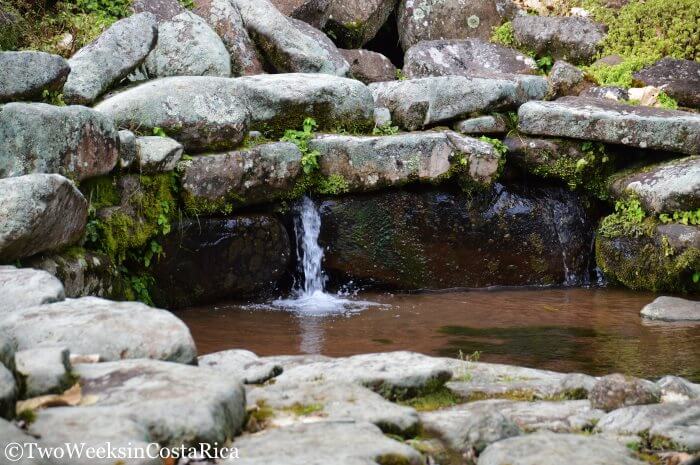 Stone tombs can be found right next to the trail and are open (and empty) so that you can see down inside them. Examination of several burial sites in the area show that the techniques used to entomb the dead changed over time. This suggests that the culture was advancing or changing as time progressed. 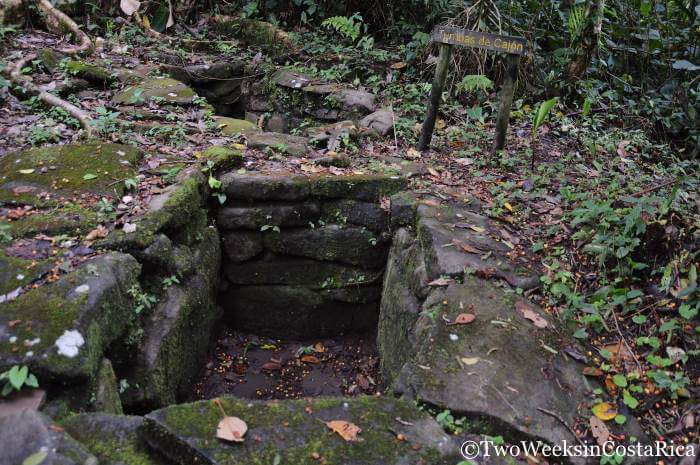 A few stone carvings are along the trails, while others have been taken to museums in San José. One that still remains at Guayabo depicts a lizard on one side and a jaguar on the other. Each side of this stone is said to have been carved by a different artist using different techniques, and may have symbolized a cultural bridge between the settlements that once existed to the north and south. 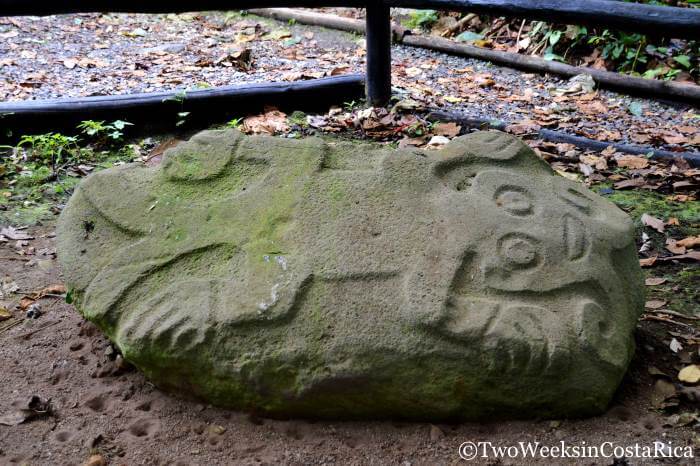 Tip: Although there are informative signs along the trails, we recommend hiring a guide. This is one instance where a guide really adds value and can teach you more about what you are seeing so that you get the most out of your visit. The local association (U-Sure) offers 1.5 hr. tours starting at just $15 (total) for a group of 1-3.

Even if you’re not that interested in the archaeological aspects of the site, Guayabo is still a nice place to walk around and a prime spot for birding. The trails pass through beautiful, lush jungle, and there are lots of birds and other wildlife to see. During our visit, we saw birds like the Keel-billed Toucan, Collared Aracari, Gray-headed Chachalaca, and a lot of insects too, like leaf-cutter and army ants, butterflies, and some giant grasshoppers.

Allow about 1.5 hours for a leisurely walk through the park and to see all the artifacts. Some people may need less time, as the trails are fairly flat and easy (but do have some stairs). The drive to Guayabo from San José is around 2-2.5 hours so the trip can easily be made in one day. If you happen to have a free day in your itinerary and want to stay overnight, the area is beautiful, with rolling green hills, coffee and farm fields, and the nearby Turrialba and Irazú Volcanoes. See our recommendations below for hotel options in the area.

Option 1: From San José, take Route 2 to the city of Cartago. In Cartago, take Route 10 (Ave Central) through the city going east. At Nuestra Señora de los Ángeles (a large, well-known cathedral), go right, following Route 10 toward Paraíso and continuing to Turrialba. In Turrialba, take Calle 2 north and cross a bridge (over the Río Turrialba). After you cross the bridge, take your first right and follow Route 415 (unmarked), which eventually turns into the Radial Guayabo. This road will bring you up the hill to the park entrance. The last 3 km (1.8 miles) are rough dirt and best accessed with a four-wheel drive, but cars do drive it. (Approximate drive time from San José is 2 hrs. 20 min.)

Option 2 (if you have a 4×4 vehicle): In Cartago, go north of Nuestra Señora de los Ángeles and connect with Route 219 to Route 230. Follow Route 230 (paved) all the way to the town of Santa Cruz (north of Turrialba). Once you pass the church in Santa Cruz, look for a road on the left. Take this road (4×4 recommended for this stretch) 10 km (6 miles), following signs for the National Monument. (Approximate drive time from San José is 2 hrs.)

[box type=”bio”] If you need a rental car for your trip, check out this special discount for our readers to save 10-25%.[/box]

Located in Santa Cruz de Turrialba, the Guayabo Lodge ($75-140/night) is only 10 km (6 miles) from the national monument (by 4×4) and has outstanding views of the nearby Turrialba Volcano and surrounding mountains. Similarly, La Cascada Bed and Breakfast ($65-90/night) is only 13 km (8 miles) from the monument entrance (by 4×4) and offers sweeping mountain and valley views. For those without four-wheel drive, the road to the monument from Santa Cruz may be passable with a regular car (especially in the dry season), but be sure to inquire with your hotel.

Have you seen Costa Rica’s most prized archeological site or have questions about planning your visit? Leave us a comment below. 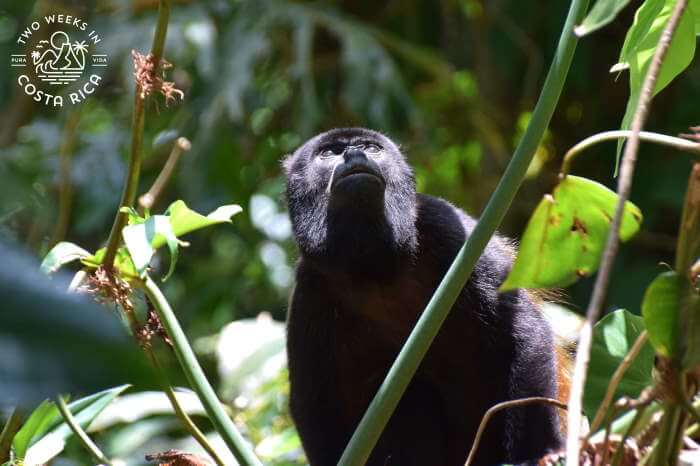 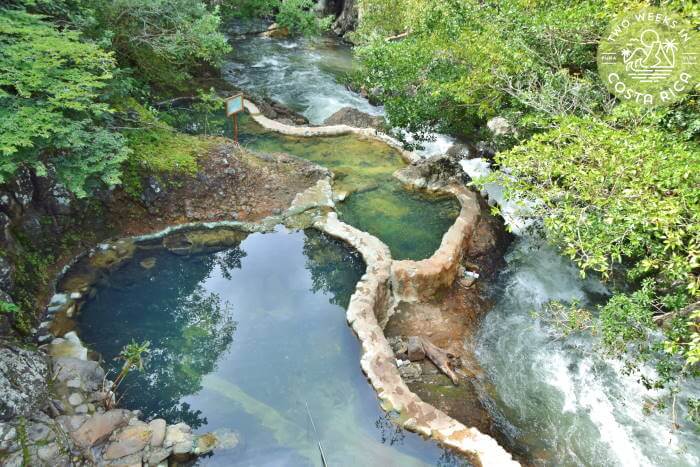 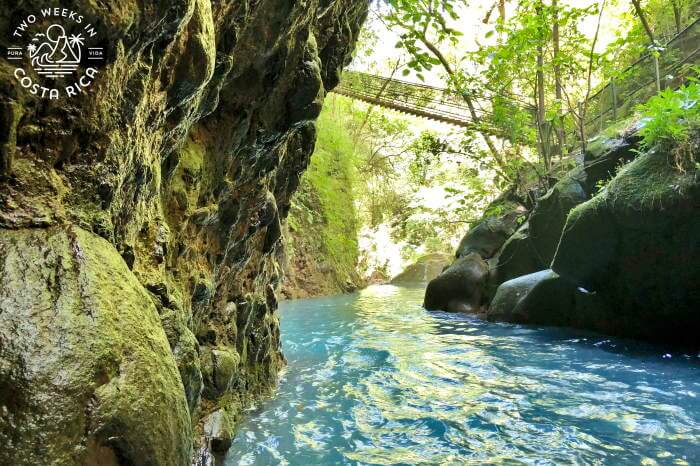 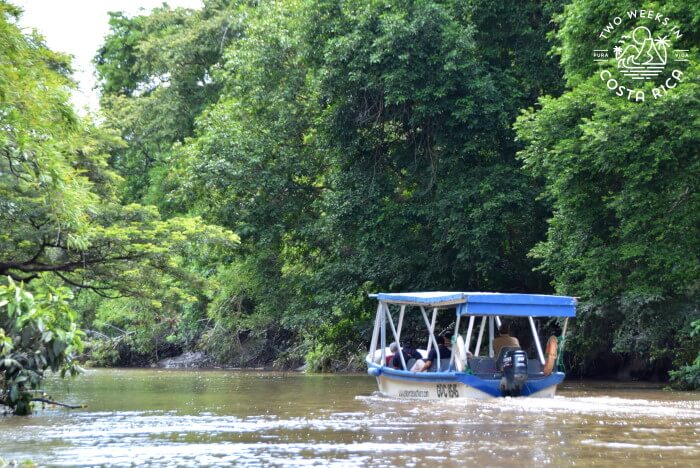