Anyone who has driven around Lake Arenal on their way from La Fortuna to Monteverde knows about all of the crazy signs. Every couple of miles, there’s a random, handmade sign for some restaurant haphazardly nailed to a tree or fence post. One place, which shall remain nameless, has at least 50 signs of all different shapes and sizes in a rainbow of colors. They’ve taken a South-of-the-Border approach with claims to have the “best guacamole in the world,” “most beers consumed on Lake Arenal,” and last but not least, “#1 fish tacos on the planet.” Not sure about the best fish tacos on the planet, but there are some tasty eats to be discovered on the lake. Here are six great places to eat around Lake Arenal.

Café y Macadamia is the perfect stop for a lake-side lunch or brunch. This casual restaurant about 15 minutes past Nuevo Arenal makes just about everything from scratch, from breads and soups to decadent pastries and desserts. Their sandwiches, like the Caprese, made with locally sourced ingredients, are a great pick and you don’t want to miss the extravagant iced volcano Frappuccino. Café y Macadamia isn’t a cheap option, but the view and good food are worth it. Cash only. 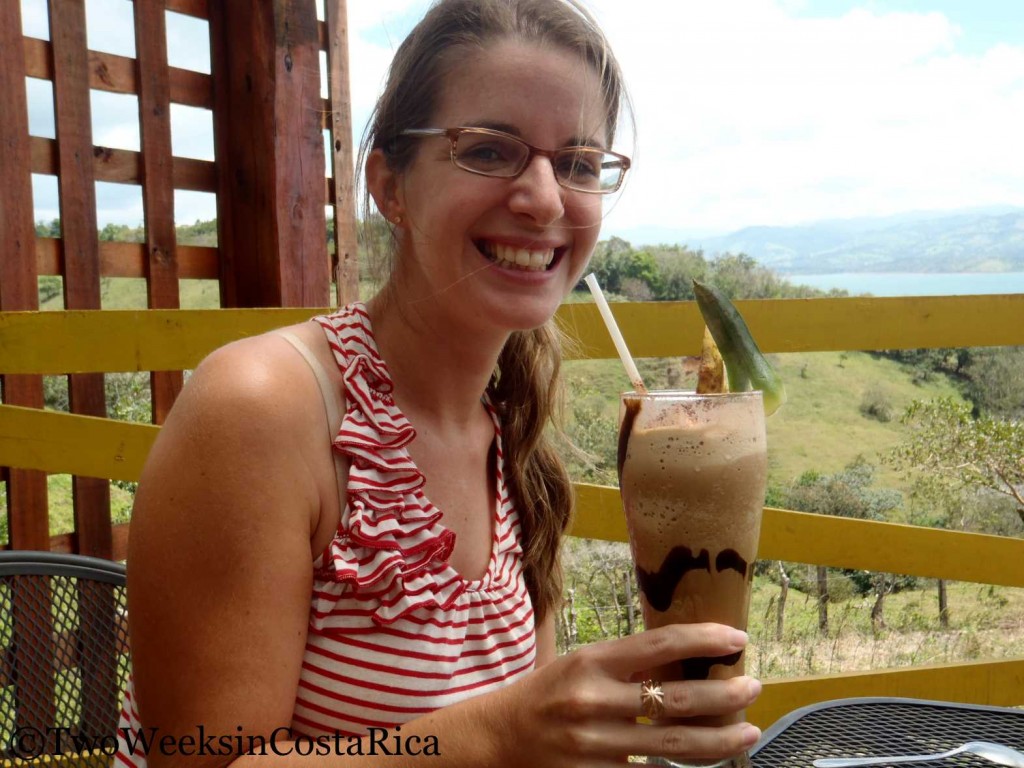 Located in the tiny village of Puerto San Luis, on the Tilaran side of the lake, Las Brisas is a Tico-run gem with food that rivals some of our favorite restaurants back in Boston. You’ll forget you’re in rural Costa Rica with the myriad of international cuisine from chicken cordon blue to curry fish to tropical rice. Las Brisas is more of a dinner place and most entrees are served with classic sides like potato or rice and salad or veggies. With such great food, elegant plating, and table linens, you might think Las Brisas would be expensive, but it isn’t. Entrees are a steal at around $10. Closed Mondays.

This expat-owned restaurant right in downtown Nuevo Arenal serves up wraps, salads, burgers, pizza, and pasta. The chill vibe and Costa Rican art will draw you in and the delicious food will keep you coming back. We love the Crazy Chicken wrap, which is a play on a traditional Cuban sandwich, and the pizza with chicken, asparagus, blue cheese, and mushrooms. If you enjoy spicy foods, make sure to try the dipping sauces. The garlic-chile picante sauce is fiery and delicious. 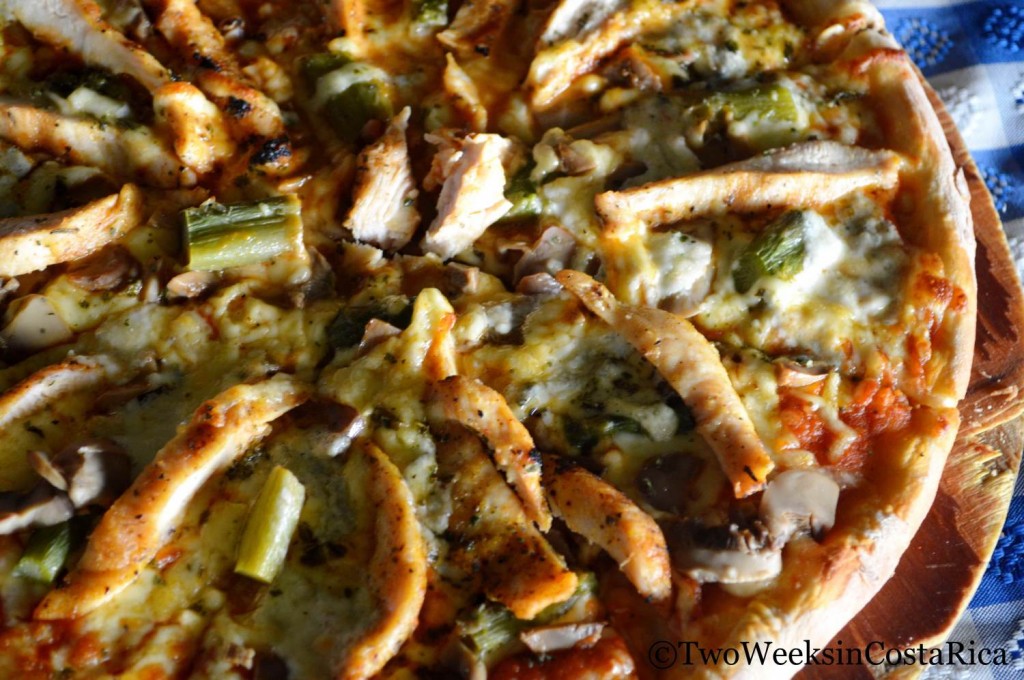 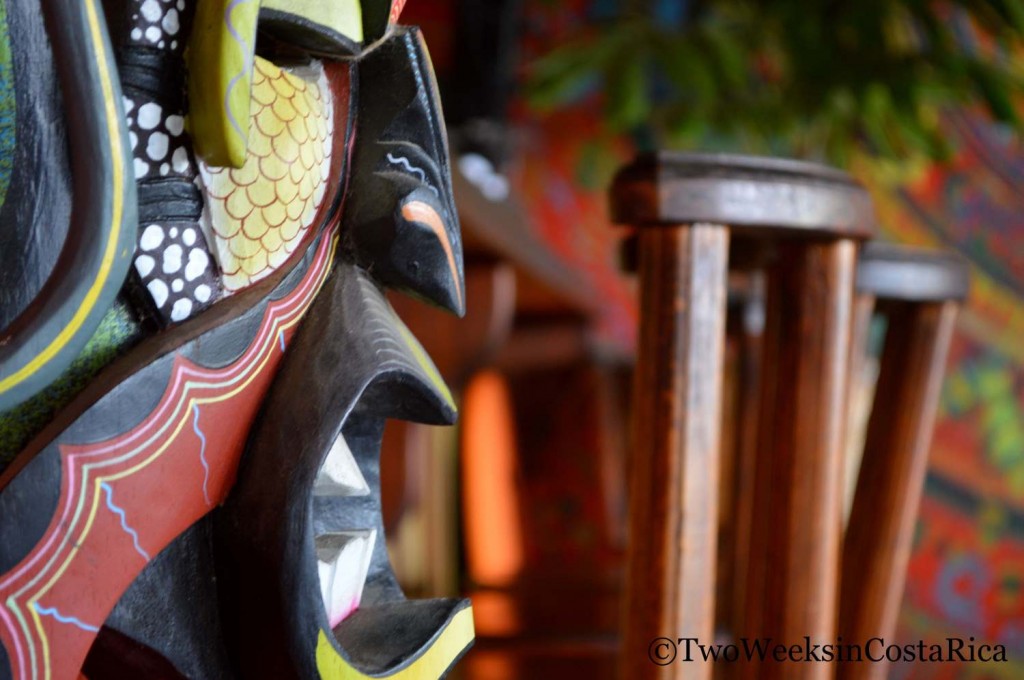 If you want to grab something fast, look no farther than Little Longhorn in Puerto San Luis. This small restaurant doesn’t look like much, but they have great fish tacos made with tilapia right from the lake, solid burgers, and awesome homemade veggie burgers. The sides are only $1 so definitely get some French fries or onion rings to go along with your mains. This is one of the few genuine take-out places we’ve seen in Costa Rica so needless to say, we’re frequent guests. Closed Sundays.

La Huerta at the Lake Arenal Hotel is an oasis for craft beer lovers in a land of light, watery brews. Don’t get us wrong, we like the local Imperial and Pilsen, but sometimes you just want something darker. Lake Arenal Hotel and Brewery, one of a handful of artisanal brewers in Costa Rica, offers a nicely hopped pale ale, a balanced brown ale, and the owner says they’ll have more choices in the near future. Even if you’re not into beer, the food is worth a stop. They have a wide ranging menu, serving up succulent roasted chicken and pork, burgers, tacos, and sandwiches as well as more refined choices like a rich vegetarian coconut curry and an assortment of pasta dishes. 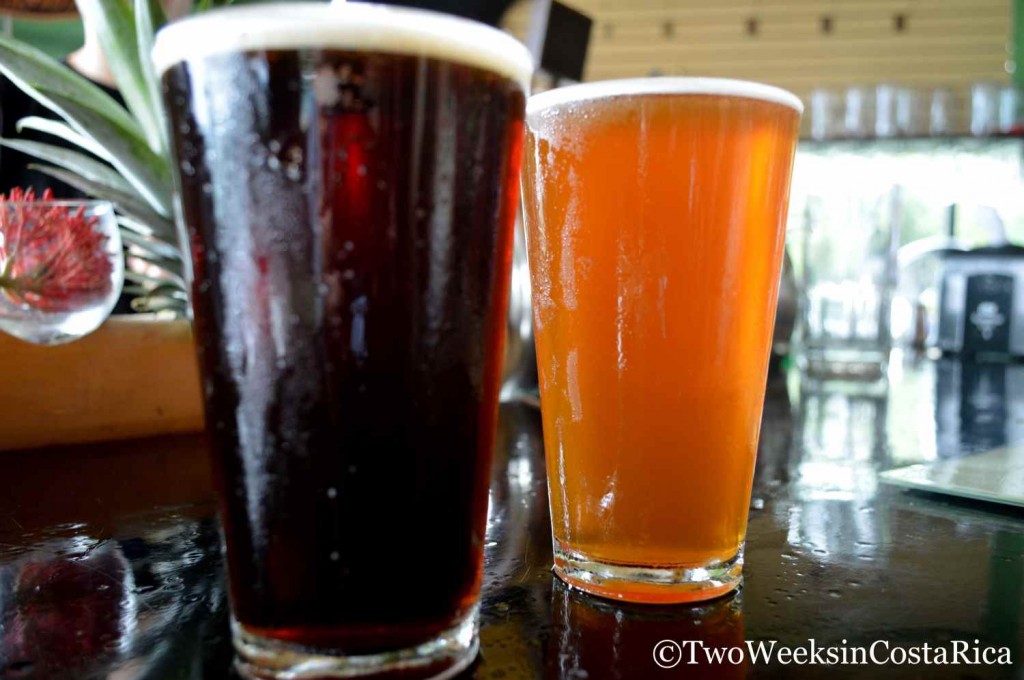 Although many of the places we’ve listed above are run by locals, we haven’t included a restaurant that focuses on typical food. For some of the best comida tipica in the area, head to Hotel Guadalupe in downtown Tilaran. They do the classics well and the service is great. Try the local favorite, arroz con pollo, which is rice stir fried with chicken and vegetables, or ceviche, fresh fish cured in lemon juice. For a well-rounded meal, grab a casado, which is a plate of meat or fish served with rice and beans, side salads, and a plantain.

Lake Arenal might be one of the more rural areas of Costa Rica, but it has a surprising selection of great restaurants. That’s not to say you’re going to find the best fish tacos or guacamole in the world as the signs claim, but we think that the traveling foodies out there will be pleased.

Have you visited the Lake Arenal area? What’s your favorite place to eat? 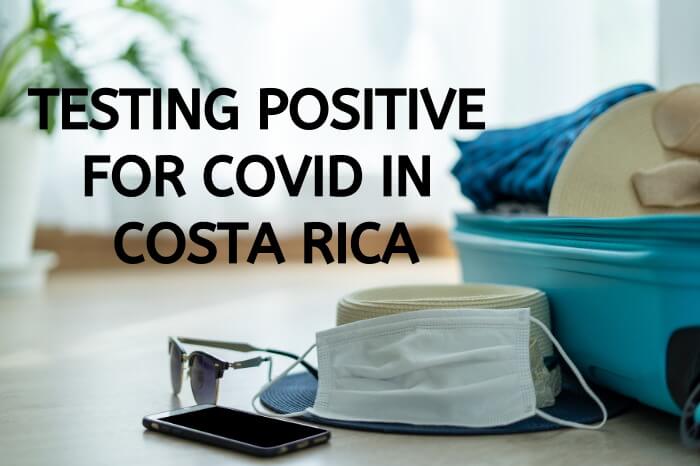 Getting a SIM Card for Travel in Costa Rica 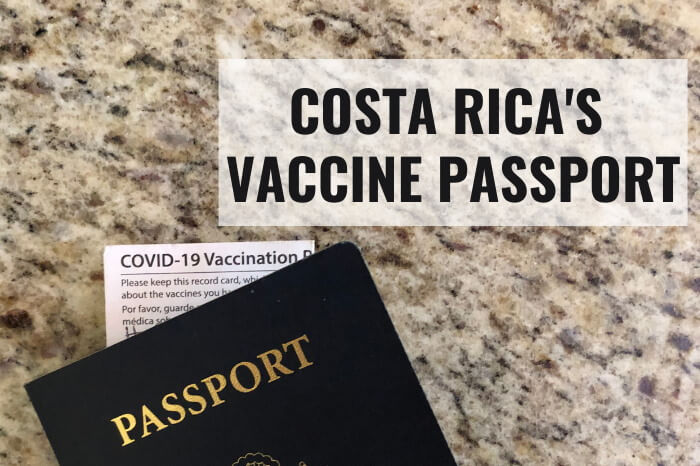 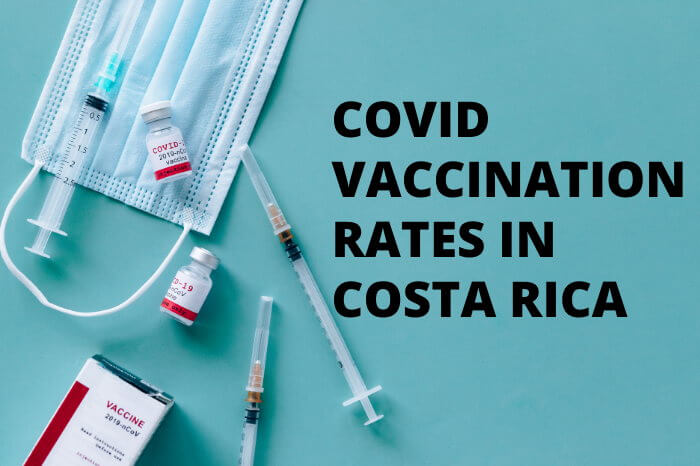